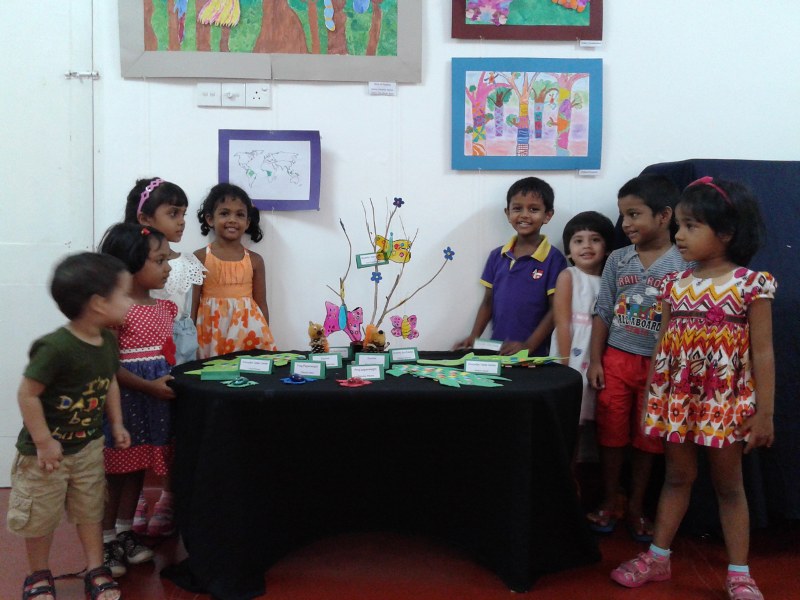 The children showcased their natural artistic talents in drawing, painting and sculpting the exhibits depicting each habitat. The children began learning the characteristics of the above habitats in the months preceding the exhibition. They learnt about the animals that live in each one , about the different plants that grow in each habitat as well as the different parts of the world where these habitats are found.

The “seniors” or third year students were able to describe to the visitors, in their own words, the displays and what they depicted. Again, this time, six large group paintings, were auctioned and the proceeds donated to the “Kithulampitiya ” Children’s orphanage in Galle.